This IPA is probably the only one that contains nutrients.  Other than the hops. Lol.  It is a smooth light beer.  That has a decent alcohol content.  I found this at my local health food store.  I don't drink beer often, but when I do it has vitamins.  Lol (I'm corny right?) I'drecommend for you all to try it.  If you enjoy IPA's.. Posted by My Endometriosis Diary at 3:49 PM No comments: Well, it's been a while since I've posted about what's exactly going on with me.  More of what's really on my mind.  This is the reason why I initially hesitated to start the blog.  I didn't want to appear as if im ungrateful.  Or complaining.  People who feel like that can't relate.  I had to realize that only women like myself could.  I have to remind myself of that.

I didn't just jump to the conclusion that I was complaining.  I began to think so based on others opinions.  Which was dumb of me!  I'm human, and it happens.  I considered their opinion because it's a perception of me.  It began with family, and of course other irrelevant people.  Normally, I'm the person who people come to for help, advice, a listening ear.  Basically anything, if I can. However, it's more different when I vent to others.

The indidviduals who recognize, are the most supportive.  On the flip side.  People have preconceived notions, without even being fully aware.  Then wonder, why I don't tell them much! Lol.  It's weird, but if I feel the need to vent.  Or even give bits and pieces.  So I can gage if it's even ok for me to continue.  Meaning, go over another scenario or discuss what's on my heart.  People will make subliminal condescending comments.  Then get sudden amnesia when I bring it up with them, like an adult.  In a non-confrontational matter.  I'd like to know what prompted you to make that ignorant, disrespectful, comment? Instead of going behind their back, and talking about them.. I bring it up, respectfully.  Only for them to pretend they don't know what I'm talking about.  Or for them to act as if their circumstances prompted them to be that way.

It's kind of humerous.  They will even make these comments, despite what I've been through.  Being fully aware of my health circumstances. (Which is the bare minimum.) Yet, they choose to make negative comments toward me because of where they are in life.  At times, when I needed encouragement.  However, in every one of those situations with those individuals.  I can tell that it wasn't from the heart.  I surely know the difference between a concerned comment, and a degrading one.  This is what I go through.  These are also the same people who make way to many excuses when it comes to being around me.  Like I offended them.  I don't get it.  I'm ok with it though, because it lets me know where I stand with them.

I don't know what kind of evil would posses a person, to disregard a women with health issues.  Usually people who don't speak about their problems, have a lot of them.  We just appreciate the great things, it balances out.  I only sought out understanding.  If I didn't comprehend something, I'd try.  I know everyone isn't the same.  I totally know that.  These are the same individuals who will call me for a favor.  They also expect for me to be prompt, revolving an impromptu favor.  Like damn, you just called me 5 mins ago.  Didn't even ask what I was doing, or had on my "to-do" list (I actually keep a daily "to-do" list). But if I need something, they are no where to be found.  Instead of lenient me an ear.  I get a sigh, and a sudden excuse when I call.  "I'm about to go to sleep" or " Someone is calling me."  Little do they know, I'd respect them more if they just didn't answer.  Even if it's only to ask how they are doing..

The bad intentional comments stem from hate.  Hate from however they perceive their own lives.  Upset because of the few things I was able to accomplish.  I'm just getting started...They hate, and can't relate.  Hell, they wouldn't even be envious if they knew the whole story.  Why elaborate, so they to judge me?  Women who aren't perfect.  Claim to be religious, attended services. Then contradict every word they are supposed to "believe" in, by judging and criticizing.  If you know me, with regards to issues.  I speak to the person, before I speak on them.  That's a fact.  I can't respect the fake.. How can I trust you, when you can't even express what's on your mind openly, about me, to me.  When asked?  Yet, have no problem making a quick slick remark.  Instead, they'd rather speak about you. To someone else.  People have judged me, without knowing the full story.  Which is crazy because if you did.  At least your opinion would be based upon fact.  No assumptions.

It's funny because even when I bring up anything other than my health.  So that I discuss a variety of issues, not just my own.  For instance,  things that I research, read, or come across.  That are usually facts.  When this happens, they feel the need to be aggressive and arguemenative.  Either while making an opposing view point, developing a case of selective hearing, or by getting loud, and leaving.  I didn't realize until I payed attention to how they would interact with others.  It's as if their ego gets bruised.  When I noticed this, I began to occasionally throw myself "under the bus".  I thought hey, if stroking your ego, makes you less confrontational.  So be it.  (This is why I don't even take compliments seriously, unless they are from people who genuinely mean well towards me.  People will give you one, then take it back in the same breath.)  Making myself look bad, just so I don't crush their pride.  I've grown to learn weither a person wants to be around me or not.  For instance, whenever I'm around I try to be polight.  Waiting for a gap in conversations before I speak.  Everytime, I almost always get cut off.  Or someone will overtalk me.  Even though, I waited my turn.  As if they don't hear me.  I've never seen so many insecure adults in my life!

Some individuals take offense. Making sublimals regarding me being a know it all.  Theres only a few of them.  If they knew me, they'd know searching facts is my hobby.  Sadly, often times, I have to allow them to perceive me how they do.  No amount of explanations, kindness, or sincerity would help process that I'm actually just being myself.  They'd rather allow their ego to cloud their judgement or gain their perception by hearing about me.  Which is pathetic..Again, people should know my intentions weren't to offend you.

I often question.  Well, what's the difference between what was said to me and what I say to others?  It's intention.  There have been numerous times where I've felt like someone has said something silly to me.  And vice versa.  If anyone ever felt bad about something I've said, or if I felt like something I said was perceived wrong.  I'm genuine enough to speak to them directly about it.  I will apologize, if I come off wrong.  However, I know the difference in what they actually meant when they said it.  Versus them trying to hurt me.  Any real human being, can feel it in their aura... I surely do.. That's intention.  Also, as the saying goes, "It's not what you say, but how you say it".  Knowing the difference between someone who means well, and who someone who's intent is to do harm.  That negative intent is the reason why things dont pan out for easily them.
I can't expect everyone to be as weird as me right?....until next time yall..
Posted by My Endometriosis Diary at 10:43 PM No comments:

Showing support toward another #endosister

I was super late.  I hope she's ok with the delay.  Have myself a yellow mani and pedi to spread endometriosis awareness.  With gold to accent it.  As I have never worn this color on my nails before.  This was done for a fellow endo blogger.  Who was nice about welcoming me to this online community...I put my hand in the shot, as proof that it's me.  With my favorite bracelets & stones.  Thank you for allowing me to apart of your unique way of spreading awareness!  Love ya girly! 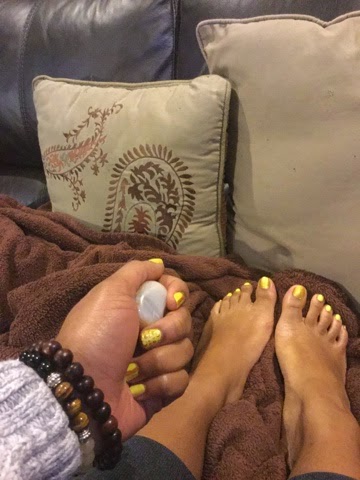 Posted by My Endometriosis Diary at 4:15 PM No comments:

My endometriosis diary is the way I bring awareness to endometrisis.  I am 1 of 176 million women who have the condition.  In honor of endometriosis awareness month, there will be a sponsored giveaway! (https://youtu.be/TBhZPe_e7PQ) Featuring alternative pain management items that anyone with endometriosis would enjoy.

Rules:Like, and share five of my endo diaries YouTube episodes (Previous likes & shares do not qualify). Screenshot all (as proof).  Plus one screenshot of a post on your page.  Showing that you are subscribed to my endo diaries youtube channel. Using the hashtag #myendometriosisdiary.  Send a total of six screenshots, attached along with your address to myendometriosisdiary@gmail.com.  Then comment done under the giveaways video!  Once the winner is announced, they are required to send their address.  So they can receive their gifts!  It's mandatory that they take a photo once they receive it, and email that also.  All requirement must be meet in order to win!  The winner will be announced March 29th.

Posted by My Endometriosis Diary at 4:06 PM No comments:

These are my latest videos.  Focusing on several topics.
Check out how I get my daily nutrients: https://youtu.be/Dy4DVyNxaCo
Menstrual relief remedies:https://youtu.be/N-m_jF5XSzE
benefits, properties, & uses for honey https://youtu.be/xkoRFgkQHW4
Be sure to watch the next episode.  For details on how you could win the endometriosis awareness giveaway!
Posted by My Endometriosis Diary at 3:53 PM No comments:

Got a chance to check out a new local juice bar.  We actually saw them juice it right in front of us.. My mother even tried wheatgrass with me! Fun memories.  Plus a great reminder of how important fruits and veggies are...we also got pineapple, grape, lemon, and kale smoothies to go.  Which were delicious! Thank you to the bar for great service! 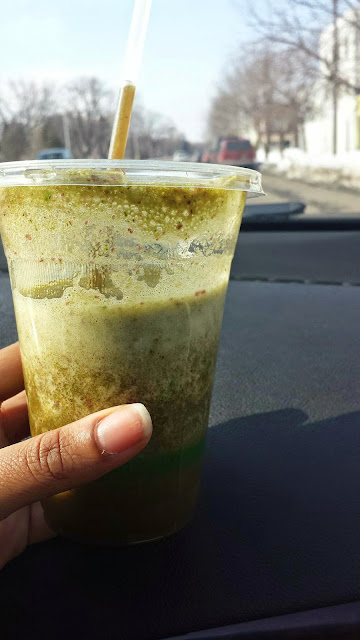 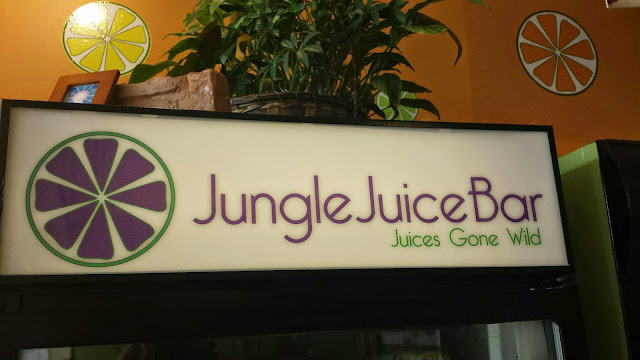 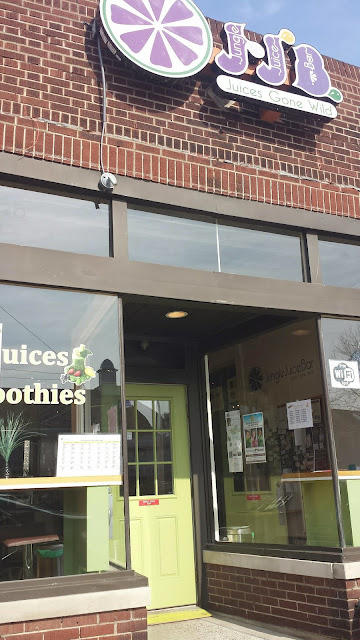 Posted by My Endometriosis Diary at 3:51 PM No comments:

Having endometriosis is already devastating enough.  So when I chose to commit to the #endodiet, it wasn't easy.  Along with having lactose free, soy free, and vegan dietary needs.  Finding snacks was just as difficult!  So when I do, they are like gold!  I found these at my local health food store.  They are similar to macaroons.  Only a chocolate version.  They are nothing less than delicious. 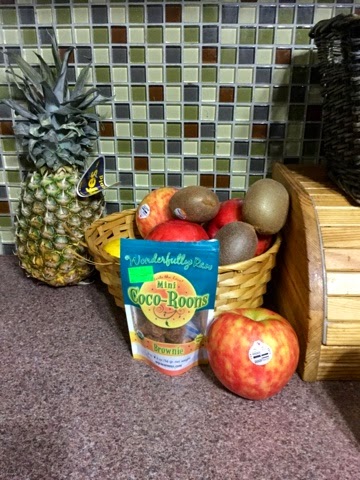